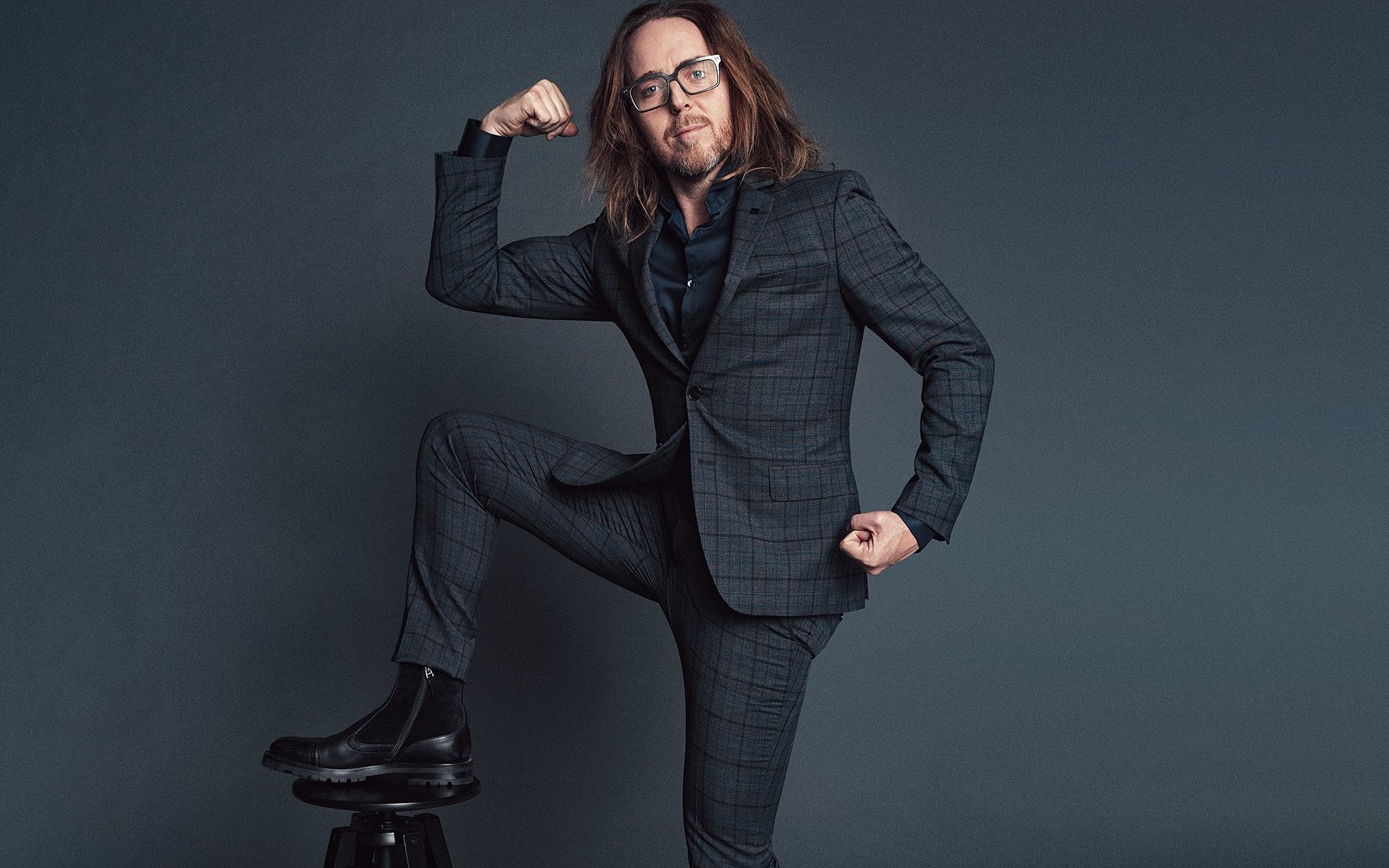 Image above borrowed from here

I was a closed book on my faith for many years – a ‘done and dusted’ kind of Christian. I was content in what I thought and surrounded by a lot of people who thought the same thing. It wasn’t until I fell in love with a man who was the total opposite that I really had to start listening to the questions that plagued him… the answers I offered weren’t so easily agreed with anymore.

What’s the deal with hell?

Why does God only answer some prayers?

What about the billions of people that believe in a different God?

How do you even know God exists?

My initial answers to these questions were standard religious jargon: trust and pray, I have felt Him (always a male, interestingly enough) in my heart, God will take care of them. Whether that last one was meant to be comforting or threatening, I’m not sure.

Really, though, you can tell I had no idea what I thought. I had inherited a faith that came with friends, comfort and a community that knew me, and that was all I needed. Unsurprisingly, my answers didn’t curb JCB’s enthusiasm, so when he went out searching for people who’d thought a bit harder about this than I had, I started to pay attention to what he came back with.

Like all other teenagers at that time, we turned to the Internet. As we waded through one inadequate, cliché-ridden article after another, coincidentally Storm got shared through our group of friends one arduously long study leave. I’d never heard a beat poem, let alone one backed to jazz music. I was studying for English 201: The Essay and Beyond at the time, so classed this poem (and all surrounding Googling) as “study” as I tried to find out more about the author, Tim Minchin.

I very much enjoyed watching Storm, as I still do now, but back then had enough wobbles in my own logic that I couldn’t appreciate how clever the poem and convincing the argument was. Consider Minchin’s line here:

“Science adjusts its views based on what’s observed.
Faith is the denial of observation so that belief can be preserved.”

That is the essence of wit, right there. How could I have so enjoyed what Minchin was saying, without really listening to his message…? Really, that should have struck little Christian Jemma between the eyeballs and had me scrambling to spend “an afternoon on Wiki-f***ing-pedia”.

I don’t have an excuse, but a few reasons: the human mind is a complex thing, and we are not often eager to start tearing holes in the cocooning safety net of beliefs we each have.

A few years later, we were lucky enough to spend a long weekend in London. Spending a ridiculously short amount of time in a city you’ve wanted to visit for years squeezes your decision-making about activities down to its essence. You’re forced to cut the throat of anything you’re not desperate to do. Every minute is precious, and we were willing to spend 155 of those in a theatre watching Matilda, a musical adaptation of one of my favourite childhood books and movies. The lyrics and music are written by Minchin.

There’s obviously a reason that the classical musicals have stood the test of time, but in my humble opinion, they pale in comparison to what I saw on Cambridge Theatre stage in 2017. I’m going to play the ‘well-travelled white kid’ card, only because I need you to understand how outstanding this musical is – Matilda was better than The Lion King on Broadway.

The majority of the cast were under 12 years old and performed a world-class show that delighted adults and children alike. It was not only wildly entertaining and beautifully produced, it pondered themes such as courage, intelligence, our mindless consumption of cheap entertainment, growing up, the power of books and the wisdom of children. There was more than met the eye on that stage.

But Minchin hadn’t shown his hand properly – not to me, anyway. In 2018 I found Thank You God. In this video Minchin tells the story of how he encounters a young Christian man called Sam. I won’t spoil the story – he’ll tell it better anyway. Minchin is so fascinated by what happened that he writes a song about it.

I do remember that after I finished the video the first time, I couldn’t quite put into words the respect I had for this man and what I’d just witnessed. The lyrics were an acerbic commentary on blind, delusional religion – something that I had now matured enough to start calling into question properly for myself. Ironically, now “my heart was open,” and it turned out I really did want to hear what was being said this time.

I was mesmerised by Minchin’s logic as he lays out his argument explaining the “miracle”, in rhymed verse, backed by the full Heritage Orchestra… I couldn’t fathom the immense talent and innumerable hours that had gone into this performance. This was a ten-thousand plus hour song in the making and I was captivated.

I also couldn’t un-hear what he said. What I mean is it was too late to pull out the usual arguments Christians make about atheists – they are delusional, stupid, not yet ready to hear the truth or (my personal favourite) have a closed mind and a cold heart.

What I realised was that I was Sam. I had spoken to people like Sam did to Minchin, and only ever been met by warm smiles and “Praise the Lord”s. I was stunned into submission by the logic of Minchin’s argument, and I was deeply impressed by the musicianship, wit and talent I had just observed. I had to hold my admiration and indignation together – something that had never happened to me before.

I’ve since seen Thank You God many, many times, and I owe Minchin a thank you. Minchin’s a fierce atheist, and to be honest, the first that I’ve ever encountered who I was willing to engage with, that I let properly challenge my views on faith and religion. That would have scared me a lot in the past. But the first cut of my safety net was by a crazy-haired, wild eyed, barefoot Australian whose only weapon was a piano and his words, and it was a delight.

Minchin has branched out more recently into protest songs, using his talent and reach to address things he believes are fundamentally wrong. He sung about Australia’s Royal Commission into Institutional Responses to Child Sexual Abuse by urging Cardinal George Pell to come home and face the charges against him, as well as addressing the homophobia rife in Australia that underwrote the ‘No’ campaign for marriage equality.

And that’s what I love about Tim Minchin. He seamlessly weaves the poignant, the clever and the funny. He doesn’t hold back. He follows the situation to its natural conclusion. He is a comedic musician, but he is doing so much more than try and make you laugh. Minchin disguises his arguments with entertaining humour and incredible musicianship because he’s smart.

Nobody likes to be told that we’re wrong. That we’re stupid. That we’re irrational. That we’re bigoted. That the way we’re acting is causing someone else harm.

We also don’t listen when we’re made to feel like an idiot. Minchin tells us that we may be doing this, but rather than talking down to us on a podcast or making us feel insecure or subtweeting us, he channels his logic through music and wit. Why?

“Your defences are down when you’re laughing as well and it’s couched in music. All I’m doing is making things consumable that are otherwise difficult to consume.”

The truth is, when we laugh, we’re much more amenable to having the flaws in our logic pointed out to us. He’s trying to get us to think, and most don’t treat audiences with such grace and respect when telling them how silly they are. Minchin can do it literally without missing a beat.

He’s right. If we can laugh at ourselves, it’s because we’re feeling safe and open to questions.

Tim Minchin allowed me to sit outside what I believed for many years, try on a new way of thinking and have a laugh. What a gift that is.